Pulling the plug on the Deep State. 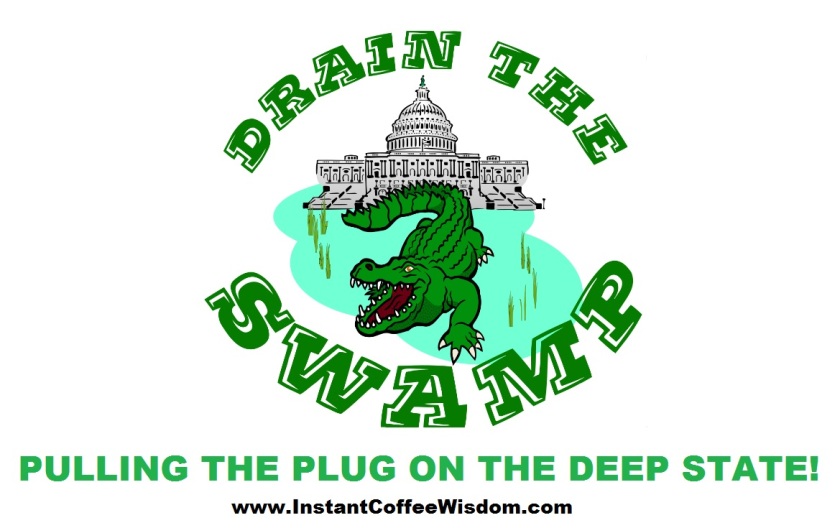 Since winning the 2016 election for U.S. President, Donald J. Trump has kept ticking items off his campaign  ‘To Do List’. In less than three years, he has accomplished more positive things for our great nation than any prior president, except George Washington. Despite his growing list of accomplishments Trump has been constantly and continuously attacked by the liberal media and members of the Deep State.  Having done his very best to accomplish to deliver on his Make America Great Again campaign slogan, Donald J. Trump needs to win re-election in 2020 in order to Keep America Great.  The ‘Deep State’ refers to the self-righteous, egotistical, and subversive people who have infiltrated the US Congress and have raided the treasury as if it were their own private piggy bank. Many of these so-called representatives like Maxine Walters, Chuck Schumer, and Nancy Pelosi have done nothing besides claiming to be working in the best interest of their constituents. Many areas like the cities of Chicago, Los Angeles, Philadelphia, and New York have gradually become crime zones with outrageously high taxes under Democratic leadership.  Donald J. Trump has been working to ‘Drain the Swamp’ of American politics by removing these swamp rats from office, but he needs your help to do this. The American people are the ones who voted these destructive elements into office, and the American People are the ones who must also vote them out.  Mind you, these people are USUALLY Democrats but there are a few RINO (Republican In Name Only) Republicans who need to go as well. Not all states have term limits regarding their representatives in congress,   and some of these negative elements have exploited this loop hole to remain in power for decades, if not for life.  They will say anything negative about Trump in order to retain their stranglehold over the American People.  We have the power. Congress work FOR US, and we can effectively FIRE THEM by voting in competent reformers.

What does a member of Congress do?

Members of Congress represent the people of their district in the United States Congress by holding hearings, as well as developing and voting on legislation. All bills must pass Congress before they can go to the President to be signed into law.

What are the qualifications to run for office in the House of Representatives and Senate?

The required qualifications are found in Article 1 of the Constitution:

How many members of Congress are there?

How many members of Congress come from each state?

Each state sends two Senators to represent their state in the U.S. Senate. However, in the House of Representatives, a state’s representation is based on its population.  For example, smaller states like Vermont and Delaware have one representative while large states like California have 53 representatives. (This is why Democrats want to eliminate the Electoral College. If they did, smaller states would never have a voice in government and the ‘big states’ would pick the president.)

How many people do congressmen and senators represent?

Members of the U.S. House of Representatives each represent a portion of their state known as a Congressional District, which averages 700,000 people. Senators however, represent the entire state.

How do the House and Senate chambers differ?

In the House of Representatives, the majority party holds significant power to draft chamber rules and schedule bills to reach the floor for debate and voting. In most cases, House rules will limit debate so that important legislation can be passed during one legislative business day.

In the Senate however, the majority has the power to schedule when various bills come to the floor for voting but a single Senator can slow legislation from coming to the floor for a vote. Since debate in the Senate is not concluded until 60 senators vote for a cloture motion to approve a bill for consideration, the majority must also coordinate with the minority part to set the rules for debate on legislation. Under this system, legislation can be debated for one or two weeks on the Senate floor alone.

Why does Congress use the committee system?

Congress deals with a broad variety of different policy issues and it is more efficient to have work done at the committee level than on the House or Senate floor. In addition, this system allows members to gain expertise in specific issue areas they are interested in. Throughout history, committees have been created to address particular issues before Congress. The House has 23 committees while the Senate has a total of 20 committees.

How does a bill become a law?

Passing legislation into law is a complicated and lengthy process between the House and Senate before the bill is presented before the President to be signed into law. For a thorough explanation of the legislation process, please see the How a Bill Becomes a Law section on the House website.

Do Members of Congress pay into the social security system?

What kind of retirement plan do Members of Congress have?

Members of Congress who were elected after 1984 are automatically enrolled in the Federal Employees’ Retirement System (FERS).

What kind of health care do Members of Congress receive?

As written into the Patient Protection and Affordable Care Act (PPACA, P.L. 111-205), on January 1, 2014, Members of Congress are no longer eligible for health plans offered to federal government employees.  They instead must enroll in the District of Columbia’s Health Exchange in order to obtain employment related health plan coverage.

Remember, these snakes and swamp rats need to be held accountable. Some have become multimillionaires by accepting lobbyist money while their districts have fallen into poverty.  President Trump accepts no salary as president. He is only the third president to do so, the other two were Herbert Hoover and John F. Kennedy.  You need to examine the issues potential replacement candidates stand in favor of, or against. Once elected you need to examine their voting record before re-electing them.  It will take time, but it can be done, you can help Trump Keep American Great. As always, I wish you success and happiness!

One thought on “DRAIN THE SWAMP!”