As of this last day of June 2019, there are only 492 days until November 3rd 2020. In a few days, it will be July 4th, Independence Day in the USA. God bless American and God bless President Trump and his family.

There  is a great battle being waged by the Democrats to destroy Trump and everything good about America.  The Democrats are the party of hate, lies, and racism. The left are so desperate to destroy Trump that they are willing to take down the entire country with their hate. President Donald J. Trump is a true patriot who loves this country and has spent nearly every day since his inauguration working to Make America Great Again. Despite all the fake news the results are speaking for themselves. June 2019 had the highest percentage gain in the Dow for the month of June since 1938. The S&P 500 also posted its best first half of a year since 1997, soaring 17.3% and reaching an all-time high. Jobs have returned to the US, unemployment across the board is at a record low, and ‘The Wall’ is being built. There have been nearly 300 accomplishments  that Trump has achieved during his first term, more than any president since George Washington.

The details are too long to list, but If you want to read the entire list you can find it online at this LINK https://www.washingtonexaminer.com/washington-secrets/trumps-list-289-accomplishments-in-just-20-months-relentless-promise-keeping

If you want to donate money to build The People’s Wall (like I did), here’s links to both the official site and the gofundme site : 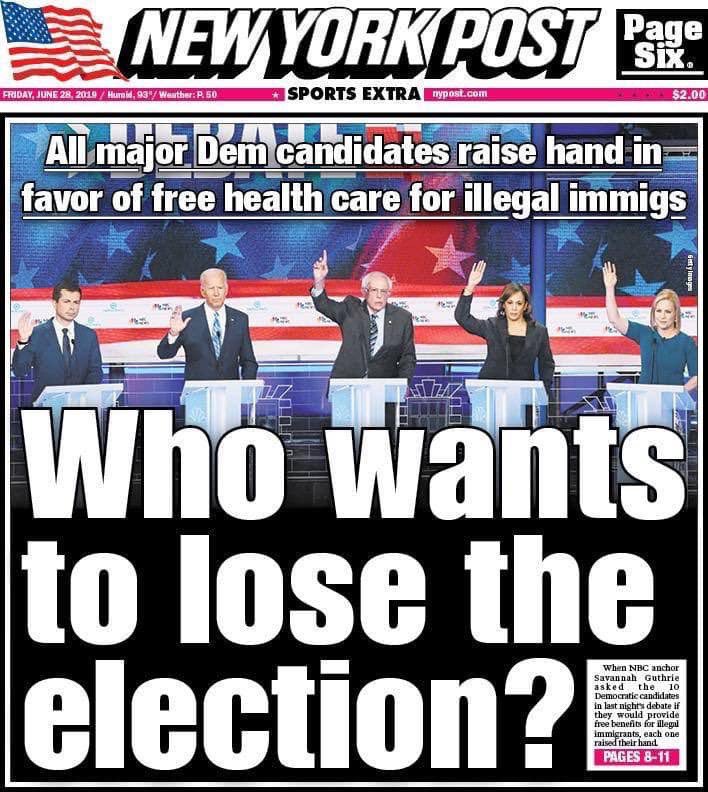 The Democrats have assembled 25 challengers, and all of the major ones like Joe Biden and Kamala Harris has publicly stated that the first action they plan to take is to revoke the Trump tax cuts. They are pushing Socialism, a failed economic model which has led every nation that enacted it to ruin. They are pushing FREE HEALTHCARE for illegal immigrants. There is NO SUCH THING as Government provided anything.  Period. Anything provided by the Government is TAXPAYER FUNDED. Taxation is theft, and I for one plan on keeping as much of MY money which I EARNED.  There is no such thing as a FREE LUNCH! Someone, somewhere along the line paid for that free lunch which you believe you are entitled to. 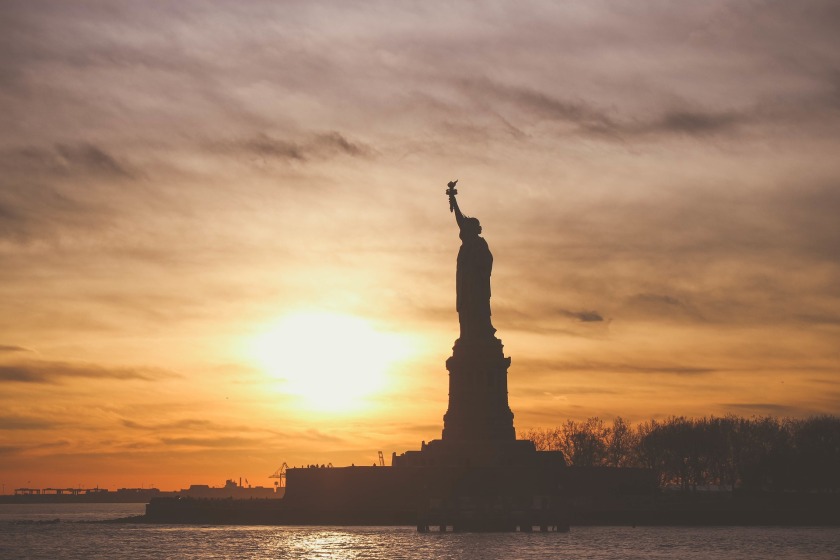 I have no desire to listen to the lunacy being spouted by the Democrats. I have not watched  their two debates because I am voting for Trump in 2020. Perhaps the worst attempt at pandering to minorities, (and probably also the most racist moment in American politics) was when three of the Democratic hopefuls suddenly broke into Spanish dialog to discuss their platform. I have nothing against Hispanics, but this is America and although we have no ‘official’ language, it is understood to be English. The Declaration of Independence, the U.S. Constitution, and all of the founding documents of this great nation are written in English.

When my ancestors immigrated legally to the US in the 1800’s they either spoke English, or they made every attempt to learn it quickly. I would never willing move to a foreign land without a firm grasp of that nation’s language. If for some reason I found myself displaced to a foreign land, I would also not demand that they speak MY language.  The Democrats are attempting to get illegal aliens to vote. ONLY US CITIZENS are allowed to vote in US ELECTIONS. The highest instances of voter fraud occur in states which do not have ID requirements. You need ID for so many things in this great land, and most citizens have no problem presenting it to open bank accounts, cash checks, rent big ticket items, etc. Identification is a necessary component of everyday life, and no law-abiding citizen should have any qualms about presenting it for important things, like voting.

If you believe that Republicans are racists, you have been lied to. If you believe Trump is bad for America, you have been lied to. The true racist party has always been the Democrats. The Democrats supported slavery, and created the Klu Klux Klan. The first Republican president Abraham Lincoln fought a civil war to end slavery. On January 16, 1865, Union General William T. Sherman issued Special Field Order No. 15 which confiscated as Federal property a strip of coastal land extending about 30 miles inland from the Atlantic and stretching from Charleston, South Carolina 245 miles south to Jacksonville, Florida. The order gave most of the roughly 400,000 acres to newly emancipated slaves in forty-acre sections. A mule was also to be provided to work the section. President Lincoln approved the order. After the assassination of President Lincoln, Democrat President Andrew Johnson revoked it and returned the confiscated lands to the original southern landowners, providing they swore allegiance to the USA.  Thus ended the compensation for slavery , killed by the Democrats.

President Trump has succeeded in Making America Great, and if we want to Keep America Great we are going to have to stay vigilant because should he not win re-election in 2020, all of his accomplishments will be erased by the left who want Socialism and equal poverty for all. In my life I have been both poor and rich. I assure you, rich is better.  As always, I wish you success and happiness!