Kitsch me if you can! 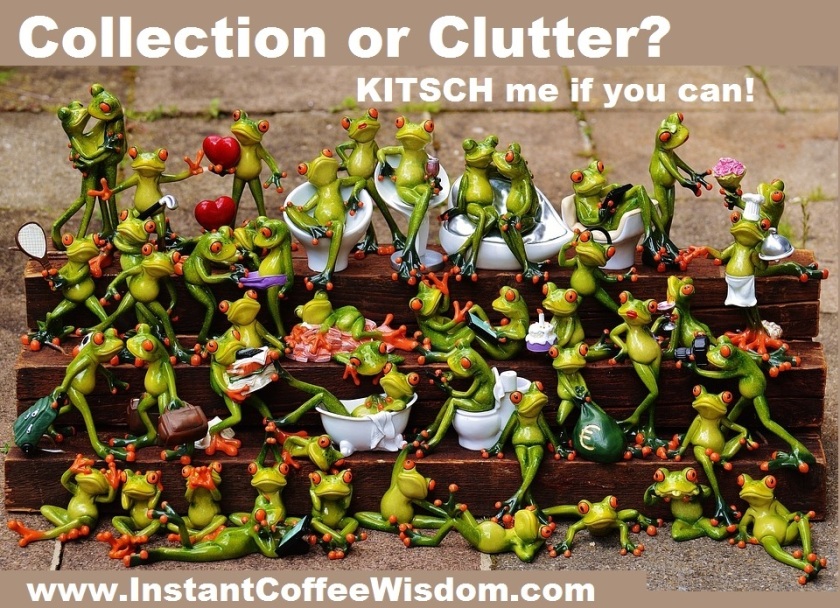 Way back in 1994 when Amazon.com  first launched, it billed itself as Earth’s Largest Bookstore, they had a series of TV commercials in which contractors searching for potential warehouse storage sites  were measuring large places up to and including The Great Pyramid of Giza and saying ‘still not big enough’.  Mind you, this was back before Jeff Bezo started selling everything under the Sun.  The point was that if you ‘could’ have everything, where would you put it?

Several years ago, I took a visit down to Linthicum, Maryland to visit a guy named Thomas Atkinson. Tom has the largest collection of Star Wars toys on the East Coast, it not the entire world. He has more than 14,000 pieces on display in his home.  I saw toys that I dimly remember owing or playing with back in the late 1970’s when Kenner first started selling Star Wars toys in 1978. (Most of my toys went into the trash when my mother got evicted, which happened frequently after my step-father died.)  I also saw rarities and limited edition pieces that were so scarcely produced that owning one was like owing the Holy Grail. It was truly impressive, and to be envied if you are into that sort of thing.

The down side of his massive collection is that practically every square inch of his ground floor rooms are filled floor to ceiling with display counters and stands holding tons of toys. I was honestly afraid to move too quickly and possibly destroy a priceless relic. There’s so much to see that it’s impossible to see it all. Your mind just can’t processes everything you’re seeing.

However, Thomas is doing collecting the ‘right’ way. His collection brings him joy, but is not just a personal treasure trove that he hordes away from prying eyes.   He’s very proud of his unique collection,  referred to as The Star Toys Museum, and is willing to schedule free tours of his Museum during select times and days for small groups. This is the man’s home as well as a museum. A proper museum should house a vast number of displays, and the more to see, the better. Whenever I’ve been to the Smithsonian or the American Museum of Natural History, there were more artifacts on display than I could remember. There were signature pieces that were the crown of the display, but there were other things that you didn’t expect to see, and were surprised. If I was going to have a collection of Star Wars toys, I’d do it just the way Thomas Atkinson has. To schedule a free tour (address available upon request) or to view items from the collection, go to startoysmuseum.org.

A man’s home is his castle.

My home is NOT a museum, it’s a sanctuary, a fortress of solitude, a place of privacy just for me to get away from the world.  My one bedroom apartment is just big enough for me and all my stuff. I have small collections of various types of things, but nothing so huge that moving about would be a problem. The collection that I’m most proud of is my library. It’s floor to ceiling, and fills an entire wall, with a couple of small stand alone cases on a second wall. Many of the books are signed editions and I’ve collected and read them over many years. A personal library was something I always wanted growing up, and it was something that was usually associated with the wealthy.  Are these books worth anything? Maybe, maybe not. Like most private collections, it’s NOT for sale. I didn’t buy them as investment materials, I brought them for me, because it was something I wanted, and life is too short to have regrets.  Someday after I’ve passed on, maybe they’ll be sold at an estate auction. Or, maybe friends will want a few select books, and the rest will be discarded. Or maybe they all will. Either way, I won’t be around to see it. You may have heard the old adage ‘he who dies with the most toys wins.’  I prefer to say instead ‘he who dies with the most toys, STILL DIES!’  You can’t take it with you when you’re gone. 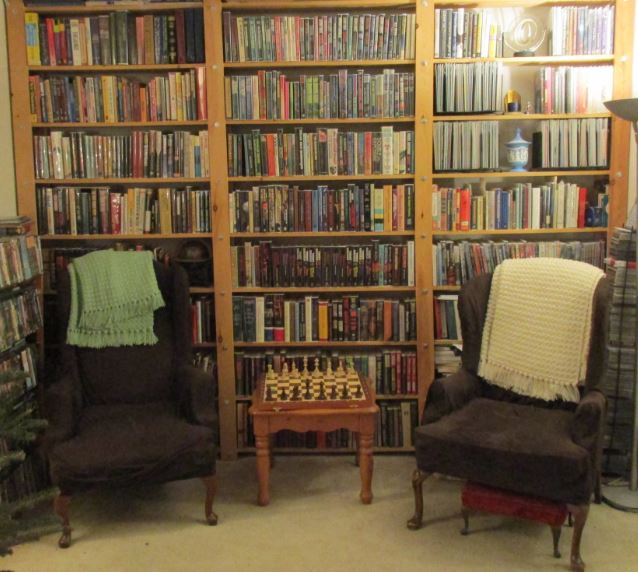 Not all that glitters is gold.

Fanboys (and fangirls) are the most obsessive collectors of  toys, novelties, comic books, you name it. Many of these beloved tchotchkes are worthless, over-priced baubles. How many of these silly trinkets does a man need?  Now I’m NOT saying a person should live a Spartan lifestyle in a mostly empty home with hardly any personal possessions, but all things in moderation. You don’t need to fill every square inch of shelf space with expensive curios, and glitzy baubles. So yes, accessorize your home and put your stamp upon it, but set limits. If it’s something that you really want to own, buy it. Life is too short for regrets.  But, if you absolutely MUST own everything you set eyes upon, prepare to be poor. Most of this stuff does NOT increase in value, and if it does, it’s only during a short collectors frenzy phase. The major fad back in the mid 1990’s was collecting Ty Beanie Babies. Some of the rare ones at the time sold for hundreds of dollars. For a small stuffed animal. By 1999, Ty was all but ready to stop making Beanie Babies. Due to the outcry of a few rabid fans, they restarted the toys.  Most of these are worthless except to a very tiny group of devoted collectors, and most of them have all the Beanie Babies they want, so they’re not buying. Or selling for that matter.

When the movie Guardians of The Galaxy came out in 2014, a co-worker gave me a Funco Rocket Raccoon POP! figure for Christmas. It’s cool, but nothing I’d ever buy for myself, let alone collect. It’s sitting on top of my desk collecting dust.  (Thanks Tony)

I have a friend named Dave. He has more than 400 of these Funco POP! figures. He thinks they are really cool looking and is trying to get the whole set. There are nearly a thousand varieties of these toys, all numbered by issue, and they range in price from $6 to $15 from what Dave’s told me. Some of them are quite rare and do sell for hundreds of dollars online to obsessed collectors.  Let that sink in for a moment. Hundreds of dollars for a vinyl doll that you can never take out of the box for fear of it no longer being in mint condition.  So for argument sake, I’ll assume that Dave has EXACTLY 400 POP!s and that he paid $7.50 for each of them. That works out to $3000. For toys. That you can’t even play with. But they make Dave happy  and to each his own, but Funco POP!s don’t grab me.   I’m happy with my one and only POP! which I received as a gift.   I can think of a lot of better things to spend $3000 on, like a fantastic vacation, or a used car.

The Bible tells us we should  not store our treasures here on Earth. Yeah, when I was younger I wasted a lot of money collecting worthless junk, some of which I still have.  But as I got older, I grew wiser and started using my money for more important things.  Looking back upon the toys of our youth may evoke memories of a simpler time, or a better place. In the end, things are just things and are a part of our past, not our future. It’s not good to live in the past, but there’s nothing wrong with looking back upon it from time to time to see how far we’ve progressed. We are all here on this Earth for a limited time. People and experiences are much more valuable then trinkets which have only nostalgic or sentimental value. Oh don’t get me wrong, on rare occasion from time to time I still buy some silly thing in a fit of whimsy.  Just look at my gnomes in the kitchen. As Always I wish you success and happiness!