Ringle, ringle, coins when they jingle, make such a lovely sound. 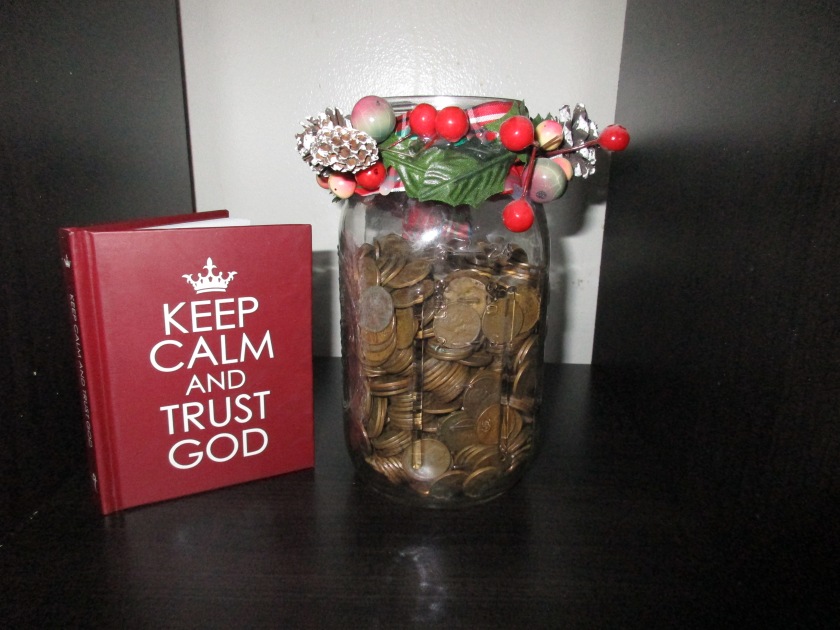 I am very fortunate to live in the USA, it’s the Land of Liberty and the American Dream, and home to more millionaires than any other country on Earth. There are many people today who seem to have a misconception that wealthy people are greedy and have somehow been responsible for the plight of the poor. Maybe it started with the depiction of the miser Ebenezer Scrooge in Charles Dickens’s A Christmas Carol.  Let’s not forget that by the end of the story, Scrooge learns the true meaning of Christmas and becomes a wealthy benefactor to Tiny Tim and the Cratchet  family, as well as reconnecting with his nephew Fred.

” You will always have the poor among you, but you will not always have me.”  John 12:8 NIV

The true meaning of Christmas is the birth of Christ, and the Greatest gift was Jesus’s sacrifice on the cross for the sins of all mankind. There are many who try to diminish or remove references to Jesus Christ at Christmastime, and that’s unfortunate. Christians are the most generous people of any religious group according to phlianthropy.com  , and philanthropyroundtable.org supports the fact that the wealthiest Americans are the most giving.

The wicked borrow and do not repay,  but the righteous give generously; Psalm 37:21 NIV

I did not grow up wealthy, but I worked very hard to get where I am today. I am grateful to God for all that I have, and I give a sizable amount to  charity at Christmas. There are many charitable organizations that support many great causes, and there is a lot of duplication of services. It’s very important when donating to charities to know that the majority of the donated funds are actually reaching those in need, and not being wasted on overhead, or to buy a new Mercedes for the director of the so-called charity.   I recommend using charitynavigator.org  Charity Navigator is an American independent charity watchdog organization that evaluates charitable organizations in the USA, and will help you evaluate worthy charities so that you can avoid the less reputable ones.

In everything I did, I showed you that by this kind of hard work we must help the weak, remembering the words the Lord Jesus himself said: ‘It is more blessed to give than to receive.’ ” Acts 20:35 NIV

Christians have an obligation to help the needy. We received a great Gift to cover a Debt we can never repay.  The concept of tithing is mentioned in the Bible, as is the story of the good Samaritan. As Christians we are created for doing good works to further the glory of God. Faith without works is a dead faith because the lack of works reveals an unchanged life or a spiritually dead heart.

As Jesus looked up, he saw the rich putting their gifts into the temple treasury.  He also saw a poor widow put in two very small copper coins.  “Truly I tell you,” he said, “this poor widow has put in more than all the others.  All these people gave their gifts out of their wealth; but she out of her poverty put in all she had to live on.”  Luke 21:1-4 New International Version (NIV)

There’s rarely a day that goes by that I don’t find a penny on the ground as I walk the streets doing my rounds. On average, I actually find about $2 in coins and bills per week. That’s a drop in the bucket compared to my annual salary. Every little bit helps, and that’s the basis of crowdfunding. If everyone gives something, even pennies dropped into a Salvation Army Kettle, it adds up. The current population of the United States of America is 325,467,306 as of Friday, December 8, 2017. If every person in the USA gave just ONE PENNY to charity each day, it would add up to 3.25 million dollars daily. So don’t feel that a tiny donation is meaningless. Little things mean a lot, and great things come from tiny beginnings. As always I wish you happiness and success! And God Bless us everyone.