Why Donald Trump is important for our prosperity.

There is a failure in the public education system of the USA which has blossomed into a widespread lack of knowledge of economics and civics, and how they are interrelated. This information is necessary to  understand how our economy operates, and is vital to elect effective representatives to legislate on our behalf. Decisions that harm our economy directly impact our prosperity as a nation.

We have control only over  our actions and what we do or say. We are who and what we think we are, and knowledge is power. If we allow false information to corrupt and sway our thinking, we will be prone to act according to that false data. You may not be a failure in reality, yet if you THINK you are a failure, you will act as though you are a failure and you will have no inclination to improve your lot in life.   Your perception of reality is colored by your beliefs, so it is vital to have your facts straight. Young people are typically “plagued” by political apathy, yet can be swayed into voting by perceptions or feelings of inequality and injustice. Feelings are not the same as facts. Making decisions based on emotional reasons instead of logical ones is a recipe for disaster.

The United States is the oldest Constitutional Republic in the history of the world. We elect representatives who act on our behalf in the running of our country.  In our constitution, we are granted our inalienable God-given rights of  life, liberty, and the pursuit of happiness.  It is the job of government only to protect those rights. The rest is up to us.

According to data gathered and tabulated by the United States Elections Project http://www.electproject.org/home/voter-turnout/voter-turnout-data :

In 2016 there were an estimated 250,056,000 eligible citizens who could vote,  and 138,847,000 voted or about 55.5%.  This was the highest by population number voter turnout for a presidential election ever (it was 3rd by percentage). There were slightly higher by percentage turnouts in only two other  elections over the past half-century (2004 and 2008) but it is important to note that these were also reflecting a voting base millions of voters smaller. The highest BY PERCENTAGE in the past hundred years was the 1960 presidential election of John F. Kennedy when there were 109,672,000 eligible voters, and 68,836,000 voted, or about  62.8% .Other than during that election, percentage of voting by eligible voters has been under 60% since 1968. The highest by percentage EVER was the 1876 election which had an estimated 81.8% turnout, and the ONLY U.S. president to be elected unanimously was George Washington.

Donald Trump was a Washington outsider, and was elected by a majority of disenfranchised voters who were disgusted by the actions of career politicians.  The mantra and platform that catapulted him to the highest office in the land was Make America Great Again.  Trump promised to bring back jobs, reduce government waste, cut taxes, strengthen our military, and like the slogan, make America great again.  Trump is a billionaire businessman as well as a patriot. He knows what drives our economy and creates jobs. Most politicians by contrast tend to be lawyers with little or no understanding of business. As such, some of these career politicians went on to draft and enact job killing taxes and legislation which lead to the highest rate of unemployment and poverty since the Great Depression. It is interesting to note that Make America Great Again was also used as a motto by another Washington outsider and patriot, Ronald Reagan, the 40th President of the USA whose policies resulted in the prosperity of the 1980’s. 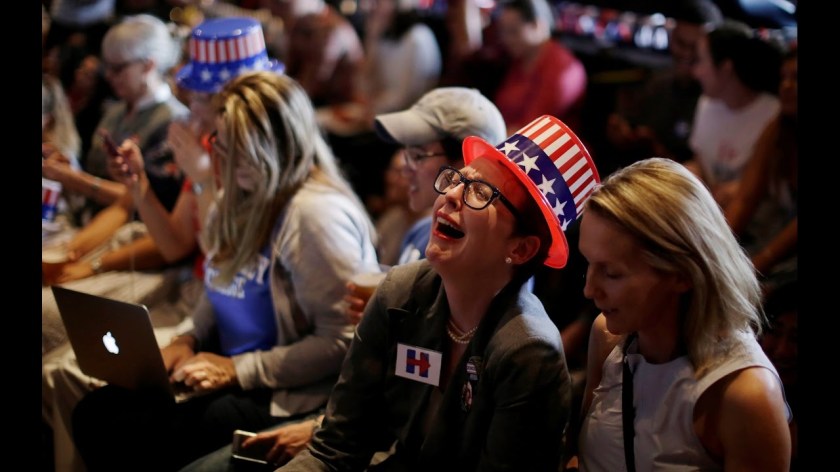 Disgruntled voters often use midterm elections to punish the party in power. The president’s party has lost an average of 32 seats in the House and two in the Senate in almost every midterm since the American Civil War. It’s a time tested fact, and was a given that this would happen. Trump campaigned hard to save the senate and had truly inspiring rallies in battleground states. Due to ‘The Trump Effect’ his support led to the victory of 9 out of the 11 candidates he endorsed. In comparison, not one of the candidates endorsed by Obama for the DNC won. Not one.

I work at my polling place. I can tell you for a fact that I personally witnessed record turnout for a midterm election. It was almost as busy as the 2016 presidential election. We had long lines at 7am waiting at the door. We had the highest numbers of absentee and provisional voters I have ever seen. The DNC had a poll watcher on site almost the entire day, scrutinizing our list of voters and phoning every Democrat in the district. We had an incredible 58.8% voter turnout. The vast majority voted Republican. 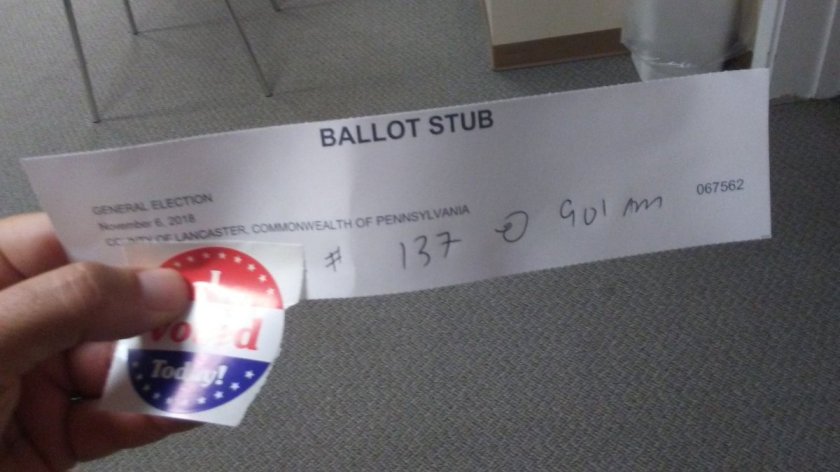 “It was a big day yesterday. An incredible day. And last night, the Republican Party defied history to expand our Senate Majority while significantly beating expectations in the House for the midtown and midterm year. We did this in spite of a very dramatic fundraising disadvantage driven by Democrats’ wealthy donors and special interests, and very hostile media coverage, to put it mildly. The media coverage set a new record and a new standard”. – Donald J. Trump

In the House, seats that were lost tended to be held by ‘Never Trumpers’ and RINO Republicans. The derogatory term RINO is an acronym for Republican  In Name Only, and refers to politicians who vote contrary to the GOP platform.  The GOP and President Trump are much stronger without these lukewarm associates. Many of the DNC candidates like Alexandria Ocasio Cortez of NY who defeated her GOP opponent are brand new to politics and have no record to stand on. The 29 year-old former bartender turned State Representative is the youngest woman ever elected to Congress, and since winning has complained that she won’t be able to afford her rent in Washington D.C. Her new salary as a representative will be $174,000 a year. That’s four times what I earned when I was her age, and I had money to spare despite eighteen months of personal tragedies that racked-up $50,000 of debt. If she can’t even handle her own finances at 29, what qualifies her to handle fiscal policies for the entire state of New York?

After the Midterm election results were announced, again the major stock indices rose. The only ‘Blue Wave’ which appeared on Election Day was the one which swished around the bowl when the toilet was flushed.  By contrast, a Red Wave appears to be looming for the next Presidential Election in 2020 which promises to be a landslide more epic than the 1984 re-election of Ronald Reagan. If you are one of the unhappy anti-Trump people, I assure you that the world is not ending, that whatever dystopian horror you think you are living in is NOT real, and that your information is wrong. Reexamine your information, actually listen to what the man says when he speaks, instead of questioning everything he says without hearing a word. Trump is good for America, and America is a great country to live in. Trust me on this. I want everyone to be happy and successful, and that’s why I sacrifice my Sunday leisure time each week to bring you these articles.   Socrates claimed that “the unexamined life is not worth living” because only in striving  to know and to understand ourselves do our lives have any meaning or value. Your life and your personal happiness belong to you and you alone. As Always, I wish you success and happiness.