Can Santa tame the beast? 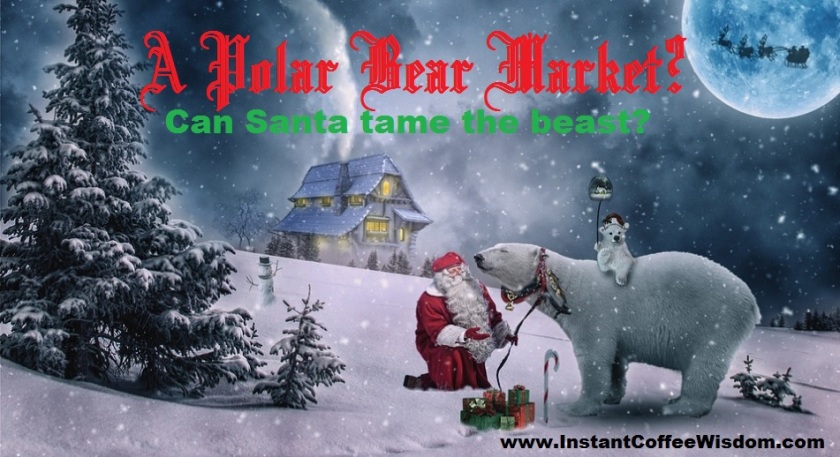 2018 has been a financial roller-coaster. Essentially, after a fantastic start, the financial markets had two corrections in one year before entering bear territory in what has been the worst December for the markets since 2011. With one shortened trading week and a day next week left, it is unlikely that the markets will close in the black this year. For nervous investors, this has been a financial heart-attack. The Dow is still in correction but poised to potentially enter a bear market, as is the S&P 500 which has reported that over 60% of its member companies are bleeding red. On Friday, the Nasdaq Composite confirmed that it is officially in a bear market for the first time since 2008.

A very important thing to remember is that despite the negative financial press, the market is still up compared to where it was two years ago. in fact, before the Dow hit its record in January, it had set 96 new record closing highs since the 2016 presidential election.

Consulting the data in the chart above shows that although we show financial losses over the past 52 weeks, the gap between the losses is not as great as the peaks and valleys of the highs and lows experienced in 2018, and if you go back another year to 2016, we are way ahead of where we are now vs. then.

This is why people who panic and pull their funds out of the market every time they hear a negative financial report lose money. This is why it is important to keep records, and focus on the big picture instead of reacting to every negative tidbit that we overhear. If you would have pulled all your money out of the market on December 21st 2016, and put in it a jar under your bed, you would have LOST money. Likewise, when the markets re-bounded in October, had you moved your funds out of the market, you could have locked in gains. As I am an optimist and felt the market would rise even higher in December, I rolled the dice and got craps. Despite this, I have still NOT LOST MONEY, because I am still invested in the market, and the market will rebound again, in time. You cannot time the market. Statistics have proven that attempting to time the market’s highs and lows do not provided as high a return as staying the course and playing the long game. One of the best books I have read on this topic is Unshakeable by Tony Robbins. Market panics are often caused by fools that don’t really know what they are doing. Knowledge is power and the more you read and retain, the greater your potential for success in life. All of the information that I have read indicates that the Dow will hit 30,000 by the end of Trump’s first term, and will hit 50,000 at the end of his second term when he wins re-election in 2020. Make no bones about it, if President Trump does not get re-elected in 2020, it would be a financial disaster for the USA. In the history of the Dow Jones Industrial Average, 10 of the 20 best single-day gains occurred so far under his administration. No other US president has done better.

I understand that there is a sizable percentage of the population that has been misled into thinking that Donald Trump is bad for America. The majority of successful people would tend to disagree because President Trump is good for business, and business is what drives our economy and creates jobs. I did not become rich by accident, or because I won the lottery, or received an inheritance. I worked hard, studied, and invested my money. I am a life-long Republican and support president Trump 100%. You can choose to love the president like I do, or you can continue to sit in your negative echo-chamber and sulk like some Grinch. 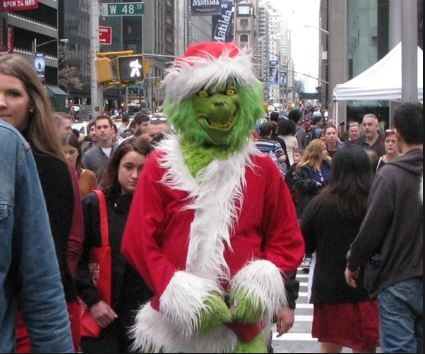 We are responsible for the choices we make in life, and it is a hard thing to change our mind about long-held beliefs. No one is keeping you from succeeding in life except yourself. Not God, not your parents, not president Trump. You!   You are the architect of your own happiness or misery, and as long as you have air in your lungs, you have the potential  to change your life for the better. You can do it, I believe in you!

InstantCoffeeWisdom.com will return on Sunday, January 6th 2019. Merry Christmas and Happy New Year! As Always, I wish you success and happiness!