Do you have ALL of the pieces?

(Part one of a two-part series)

“No one lives long enough to learn everything they need to learn starting from scratch. To be successful, we absolutely, positively have to find people who have already paid the price to learn the things that we need to learn to achieve our goals.”– Brian Tracy

As we progress in life, we grow in knowledge and experience and as a result come to understand that things aren’t always as they seem, or aren’t really they way we believe them to be. Adults understand more than children. Teachers understand more than their students, up until the student totally masters the subject and moves on. As long as we have air in our lungs, we still have opportunities to educate ourselves and improve our lives. Knowledge, like money, is power. Just as the rich ‘rule over’ the poor, the smart ‘rule over’ the stupid. The problem is there are more uneducated people in the world than there are educated ones. There are more lazy people then there are industrious. There are more unsuccessful people than successful.

One piece of the puzzle.

What if I told you that the photo above was a picture of a priceless work of art, valued at almost a billion dollars.  You’d look at that picture, scratch your head in wonder and confusion, and probably say that only an idiot would pay that, or that you could paint a better picture and deserve the money more.

America has a free market, capitalist economy. As a result, we have created more wealthy, successful people than any other country in the world.

The American oil magnate John D. Rockefeller became the world’s first confirmed U.S. dollar billionaire in 1916, and still holds the title of history’s wealthiest individual. The majority of billionaires and millionaires in the world are Americans.

Last month, Democrat Rep. Alexandria Ocasio-Cortez of NY said a society that allows billionaires to exist while some Americans live in abject poverty is “immoral.”

Becoming rich, educated, and successful doesn’t happen by accident, or overnight. It takes years and hard work.  Jeff Bezos is the wealthiest man on Earth. He started Amazon.com twenty years ago, selling books on the internet, from  his home. He took advantage of the law of supply and demand, and overtime built the powerhouse that his company has become. Simply put, he gave people what they wanted, at a price they were willing to pay, and made a profit doing it.

The second piece of the puzzle.

What if I told you that the picture above was the exact same piece of art. Again, you’d probably compare the two, say they were different, that the second was better than the first, and that both were worthless, and that you could do better.

As I stated previously,  There are more uneducated, lazy, unsuccessful people in the world than those who have decided to improve their lives. In some countries, it is impossible to rise above one’s lot in life, and that is why so many foreigners desire to immigrate to America. In the USA, you have opportunities to succeed beyond your wildest dreams, IF you’re willing to work long and hard to achieve those goals.  Unfortunately,  Saul Alinsky’s protégés  have used his playbook to stir up class envy among the poor and uneducated masses, those he refers to as ‘useful idiots’.  The same  Democrat Rep. Alexandria Ocasio-Cortez of NY also stated just hours after getting elected as the youngest  state representative EVER that she was NOT ABLE to afford to pay her rent for a new apartment. According to cheatsheet.com , at 29 years old, the young congress woman’s net worth is under $7,000. She was only making $26,600 annually before being elected and has been paying down college debts. Alexandria Ocasio-Cortez now receives an annual congressional salary of $174,000.  She was able to bamboozle her constituents to electing her by essentially offering them a free lunch.  If she has no understanding of  microeconomics, is it any wonder she is mystified by macroeconomics?

If you’re unfamiliar with those two terms, very simply put:

New York State Governor Andrew Cuomo and New York City Mayor Bill de Blasio both lobbied long and hard to bring AMAZON to NY. Massive tax-break incentives were offered and as a result, a deal was struck for a proposed location in Long Island City.

Days ago,  Jeff Bezos abandoned this proposed plan to build a new AMAZON distribution hub and second headquarters in Long Island City, Queens NY because of opposition created by Alexandria Ocasio-Cortez.  She was enraged that the richest man on the planet was going to receive a $3,000,000,000 tax BREAK to open this new location. A TAX BREAK. He was not getting three billion dollars from the city, he was getting a discount on future tax liabilities!  Yet this buffoon Alexandria Ocasio-Cortez killed the deal by insulting Mr. Bezos, his company, and his employees, and inciting protests.  The new location would have created 26,000 new jobs, with benefits , starting at $15 per hour, and paying up to six-figure salaries.  There is  no estimate on the incalculable  collateral damage to the city’s economy. 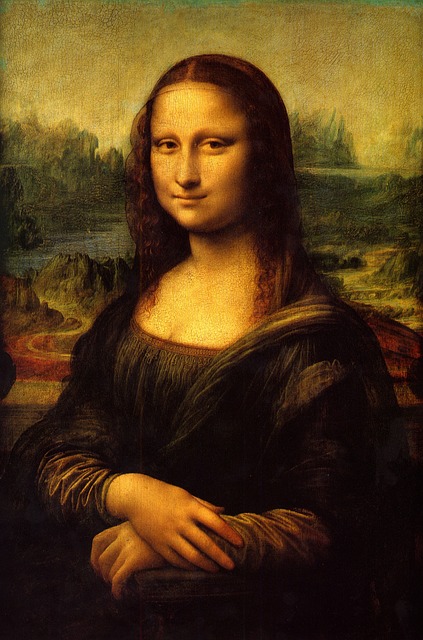 If you step back far enough  to see THE ENTIRE PICTURE, everything makes sense.  The Mona Lisa is a half-length portrait painting by the Italian Renaissance artist Leonardo da Vinci painted in 1503. It’s located in France in the Louvre Museum (since 1797). It’s one of a kind, like the USA.  There are millions of artists in the world, and many of them can work in oil paint, and even reproduce a decent facsimile of the Mona Lisa if they really wanted to.   There are also ‘artists’ that use animal dung, or urine as a medium. And there are dummies who would also pay for such works of ‘art’ produced by so-called ‘artists’.  There is ONLY ONE Mona Lisa, and ONLY ONE America. There are many idiots in the world that hate both, and believe they could produce something ‘better’. President Trump sees the BIG PICTURE and is doing everything that needs to be done to repair the damages done by prior administrations and by career politicians intent on seizing as much power as they can.

There are also some people who claim to see an ‘even bigger picture’.  There are many conspiracy theories out there that claim unknown, unseen forces are conspiring to destroy the USA, and that these same forces are behind creating THE FED, the massive government debt, and the political smear campaign that is being waged against President Donald J. Trump by various media outlets. I don’t really buy into conspiracy theories, but as comedian George Carlin once said, “you should never underestimate the power  of stupid people   in large groups.”   For those who choose to believe in a ‘BIGGER PICTURE’ I’ll discuss Q Anon, the Illuminati, and other popular conspiracy theories next week in the second half of this article, A GAME OF KINGS. Until then, keep watching the skies! As always, I wish you success and happiness!

One thought on “THE BIG PICTURE!”