Let’s do the time warp again!

The idea of turning back time, or speeding ahead into a future time, is quite often the plot of many science fiction stories. UNFORTUNATELY here in the most parts of the USA it’s a reality, and an outdated nuisance.  Twice a year we ‘change the clocks’. Daylight Saving Time begins on the second Sunday in March and ends on the first Sunday in November  at 2:00 AM when we turn the clocks back one hour to Daylight Standard Time.  To add to the confusion, not all of the USA observes Daylight Saving Time. the states of Arizona and Hawaii ignore it completely, as do all of the US territories of Guam, Puerto Rico, American Samoa and the Virgin Islands. So in the Autumn, we ‘gain’ an hour when the clocks ‘FALL BACK’, and ‘lose’ an hour in the Spring when the clocks ‘SPRING FORWARD’.  Despite this little ‘FALL BACK, SPRING FORWARD’ mnemonic to help people remember to adjust their clocks  accordingly, many times they still get it wrong, either setting the clock the wrong way for some bizarre reason, or forgetting completely.  It used to also be done at a different time prior to 2007. (Back then, the time shift was the last Sundays in April and October.)

Benjamin Franklin once theorized about the benefits of adjusting the clocks to save daylight in the Winter months when the days are ‘shortened’  in the Northern Hemisphere due to the tilt of the Earth’s axis.  In 1908 Canadians in Thunder Bay Ontario adopted this asinine  practice for the first time. A few years later it was also instituted by the Germans in 1916 to conserve coal during the first World War. It didn’t plague us here in the United States until 1966 when President Johnson signed the Uniform Time Act under the assumption that it would ‘conserve energy’ because if it’s light outside longer, you’ll use the lights in your homes less.

I don’t know of any person who truly believes that changing the clocks is beneficial , but it is observed for better or worse by 70 countries around the globe, each adjusting their times on a slightly different schedule.  If you are one of those people who simply forgets about adjusting the clocks, it’s not so bad in the Fall when you gain that hour, but it’s a nightmare in the Spring when people who are already ‘pressed for time‘ rush out the door only to find out too late that they are an hour late. The poet Charles Bukowski  wrote a poem about this in 1972 titled DAYLIGHT SAVING, and it is a concrete poem shaped like a time card. The poem recounts an event in which the poet went to his day job only to discover the time cards were all pulled and he was late one hour, and had to explain why to his disbelieving supervisor. Fortunately today many of our electronic devices auto adjust themselves to the proper time.

The changing of the artificial clock doesn’t reset the biological clock. Our Circadian rhythm is the 24-hour internal clock that controls sleep-wake cycles as well as metabolism, cognition, and more. It uses clues such as light and darkness to help determine when it’s time to shift into sleep mode and when the body should wake up. When we artificially change the time, our bodies need an adjustment period.  If you’ve ever flown in a plane across several time zones, like from the East Coast of the USA to the West, you probably experienced this disruption by another common term,  jet lag. It can take as little as a day to recover, but some people feel the effects of jet lag for up to several days. Also since animals and very young children do not tell time by a clock, playing with the clocks means that you may get an earlier wake-up call from your pet dog who urgently needs to go outside and ‘never got the memo’. 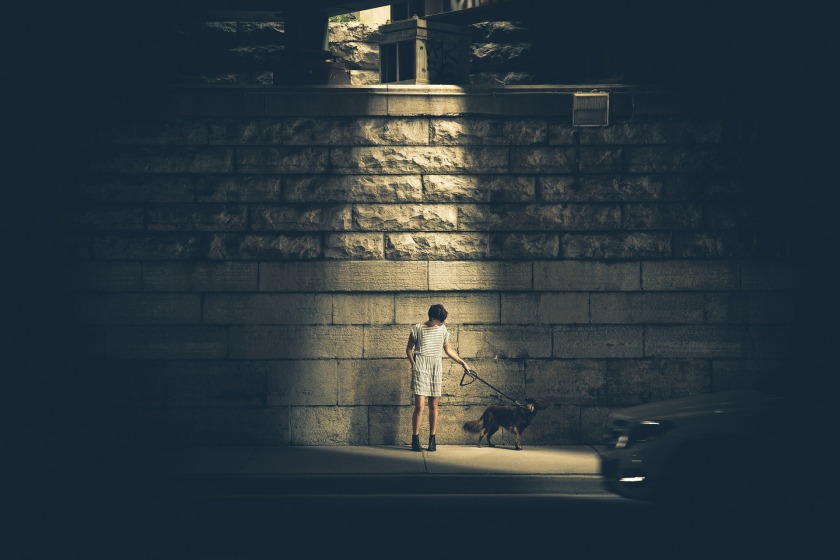 The end of Daylight Saving Time means less natural daylight during the day. When you couple the darkness with cold Winter’s chill, it can lead to a mental state of depression known as Seasonal Affective Disorder or S.A.D.  This is no laughing matter. People suffering from S.A.D. have a general feeling of less energy and moodiness.  Depression during the holiday seasons of Thanksgiving and Christmas and even to a lesser extent New Year’s when you are surrounded by happy merry-makers and an abundance of alcohol results in higher accidental deaths from drunk driving, as well suicides from desperate people who can’t see past their current circumstances.  Life is a cycle. We have good times, and bad times, but things do get better.  In the end, everyone of us is going to die, but it’s important how we live. There is not a person on Earth that can say with absolute certainty that they will be alive tomorrow, so don’t wait for tomorrow. This is why you don’t put off important things, like spending time with friends and family and letting them know you care. This is why it is of the utmost importance to take care of our physical bodies with proper diet and exercise. This is why it is vital to straighten our minds and our souls with  knowledge and wisdom, especially the Gospel found in the Holy scripture contained in the Bible. We can do all things with Christ who strengthens us, and  we can deal with today much easier when we have hope for a better tomorrow. As always, I wish you success and happiness!